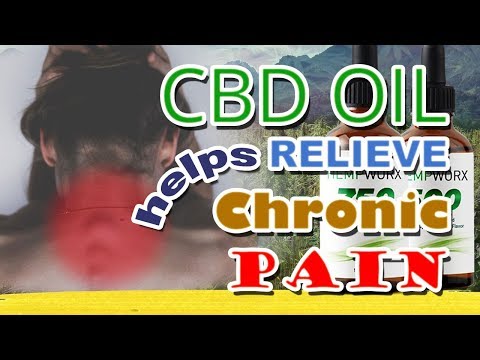 CBD May help your painful condition. Chronic pain is proving to be soothed by cannabis and hemp. CBD, which stands for Cannabidiol is among the 60 or so compounds known as cannabinoids, found in several plants, especially in cannabis.

CBD is different from other chemical compounds found in cannabis, like tetrahydrocannabinol (THC), in that it is not psychoactive. This means that it does not produce a “high” since it activates different receptors. This brings us to the question. “Which receptors does CBD activate?” The effects of CBD on the human body are much more complex than simply altering our state of mind.

CBD then inhibits or activates various other compounds in the ECS. For instance, it can inhibit the absorption of anandamide a compound that is associated with pain regulation in the body. Studies have shown that higher anandamide levels in our bloodstream may be able to relieve some amount of pain associated with chronic conditions like arthritis, back pain, multiple sclerosis and more.

Below, we explain the common types of chronic pain that CBD oil can help relieve, based on studies conducted:

Arthritis – According to a study published in the European Journal of Pain, researchers found that CBD could significantly reduce the pain associated with arthritis.

In the study, the researchers topically applied a CBD gel on rats suffering from arthritis for 4 consecutive days. They found that CBD effectively helped in managing symptoms of arthritis like inflammation and other signs of pain.

Fibromyalgia is among the most Common disorder that affects our musculoskeletal system. Patients experience chronic pain in their joints and muscles, constant fatigue, sleep disorders, as well as memory problems.

In addition, they have extreme sensitivity to pain. CBD hemp oil can be used to relieve patients of such pains and other symptoms caused by fibromyalgia not only because of its pain-relieving properties but also because of its ability to help increase total sleep time as shown in this study. Multiple sclerosis is a disease that affects our central nervous system that is the brain and spinal cord. Basically, the myelin sheath in the nerve cells is damaged, leading to a disruption in the communication between the different parts of our central nervous system.

Symptoms include mobility issues, cognitive discrepancies, fatigue, body pain, muscle weakness and/or stiffness, spasms, and so on. CBD oil has been shown to be able to effectively reduce spasticity levels patients feel, as shown in this study to determine “The Health effects of Cannabis and Cannabinoids”. In fact, in various countries like Canada, CBD is an approved treatment to cope with multiple sclerosis pains.

Cancer is among the leading causes of death all over the world, and although there has been no cure found as of now, CBD oil has been seen to effectively relieve patients of symptoms like chronic pain. There have been several scientific studies that suggest that CBD could be a “potential anti-cancer drug” and other research that suggests CBD could be a “new weapon against cancer”.

In Canada, CBD is approved as a treatment for cancer pain. Due to its non-inflammatory nature, CBD is also used as an effective treatment for relieving patients from chronic back pain, along with neck and shoulder pain. In addition, a mentioned before, studies show that CBD can act as a muscle relaxant, especially if you suffer from muscle spasticity, making it an ideal and organic pain reliever.