Can Diabetes Lead to Alzheimer’s? – s

Please,Refer to the full disclaimer in the Video., “#1 we do not diagnose. I don’t claim to diagnose or treat any or cure any disease with CBD oil.” “I’m not your doctor.You’re not my patient. Please consult your personal doctor.”

So,this is not a cure or a treatment for type 2 diabetes. But, we’re gonna talk about the effect of CBD oil on Diabetes and how it works together.

Do you know there are actually 4 kinds of Diabetes.
Everybody knows about Type 1 Diabetes, people get in their teens or even younger. Type 1 Diabetes is an autoimmune condition where your own immune system starts attacking the cells, the beta cells in your pancreas. They destroy your pancreas’ ability to make insulin.

So,if you’re a Type 1 Diabetic there is nothing about CBD oil that’s gonna make you not need to take insulin anymore because your body no longer makes it.

Now, you may be able to reduce how much insulin you have to take, a great thing! But, I don’t think that you will never have to take insulin. That’s Type 1 Diabetes.

Well, that can gradually happen. But, ultimately Type 2 Diabetes is really a Diabetes of Insulin Resistance, meaning we’ve put so much sugar into our blood stream over such a long period of time that when sugar goes into the blood stream your body–your pancreas pumps out insulin.

Now, insulin’s job is to drive that sugar into your cells for energy. The problem is, once it can’t do that because your cells have seen so much insulin over so much time, it no longer responds to the insulin the proper way it used to.

It becomes Resistant to its action. That means you can no longer get that sugar into your cells. Now, your problem is that sugar is floating around in your bloodstream Causing your blood sugar numbers to go Up. You ultimately end up with Diabetes and it’s called Type-2 Diabetes.

There’s two other Types that people don’t know as much about. The Third Type is called Type 1.5 Diabetes.

Well, 1.5 Diabetes isn’t well-known. People think they have type 2 because it happens as you get older. But, it’s really what’s called Latent Autoimmune Diabetes. So it’s really Type 1 Diabetes in that your immune system is attacking the cells in your pancreas. It’s destroying your body’s ability to make insulin. But, it’s doing it over a slow period of time.

Type 1 was called juvenile Diabetes & type 2 adult-onset. Now they realize you got kids getting Type 2 Diabetes because they eat so much sugar.

Now with Type 1.5 Diabetes, people are developing a style of Type 1 Diabetes as they get older. Their body, their immune system is slowly destroying their pancreas cells over a lifetime and that’s a really tricky one.

Those over 40 or 50 are diagnosed as Type 2 because they discover they can’t control their blood sugar. It’s because their body is destroying their pancreas slowly overtime. So, that is type 1.5 Diabetes.

Now, Type 3 Diabetes is found with much newer research.

They have discovered that Alzheimer’s is very much a type of Diabetes that affects the brain.The brain cells become more and more Insulin Resistant. Consequently,the brain can’t get sugar into the brain cells and the brain cells die. There’s oxidative damage. That’s how they’ve linked Alzheimer’s. It is really IMPORTANT to UNDERSTAND this.

So, it’s important to look at what we really need to know. Now that there are 4 Types of Diabetes. Type 1,Type 2,Type 1.5 and Type 3 Alzheimer’s.

Some of the researchers have determined that people that use CBD Oil have about 16% to 17% lower rates of blood sugar Type 2 Diabetes.

As well as, lower it’s 16% to 17% insulin rates and that’s really important. So, if your blood sugar is high, you just can’t pump more insulin or pills to bring it down.

Yes, #1 is CBD helps lower insulin and blood sugar. But, BEST WAY CBD Oil can be used is to prevent Diabetes if you do not have it by being AWARE. 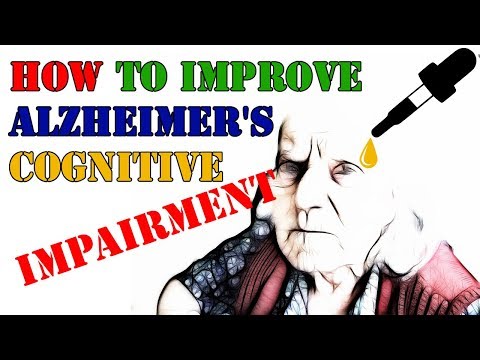